It’s not easy for families in Lambert’s Point, Virginia to open their windows. Nothing is structurally wrong with the frames. But there is something terribly wrong with the air outside. For decades, the primarily low-income African American community has been choking on coal dust. Resident Tracy Williams describes it as a “hacking, but without a cold.”

The dust comes from Norfolk Southern – the largest coal export facility in the Northern Hemisphere. Each day, open rail cars brimming with coal, travel from Kentucky, Pennsylvania and Virginia to the Lambert’s Point-based plant. There, the coal is dumped onto conveyer belts, then shipped domestically and around the globe. Pier 6, the terminal area closest to residents, processes 8,000 tons of coal per hour. 24/7. 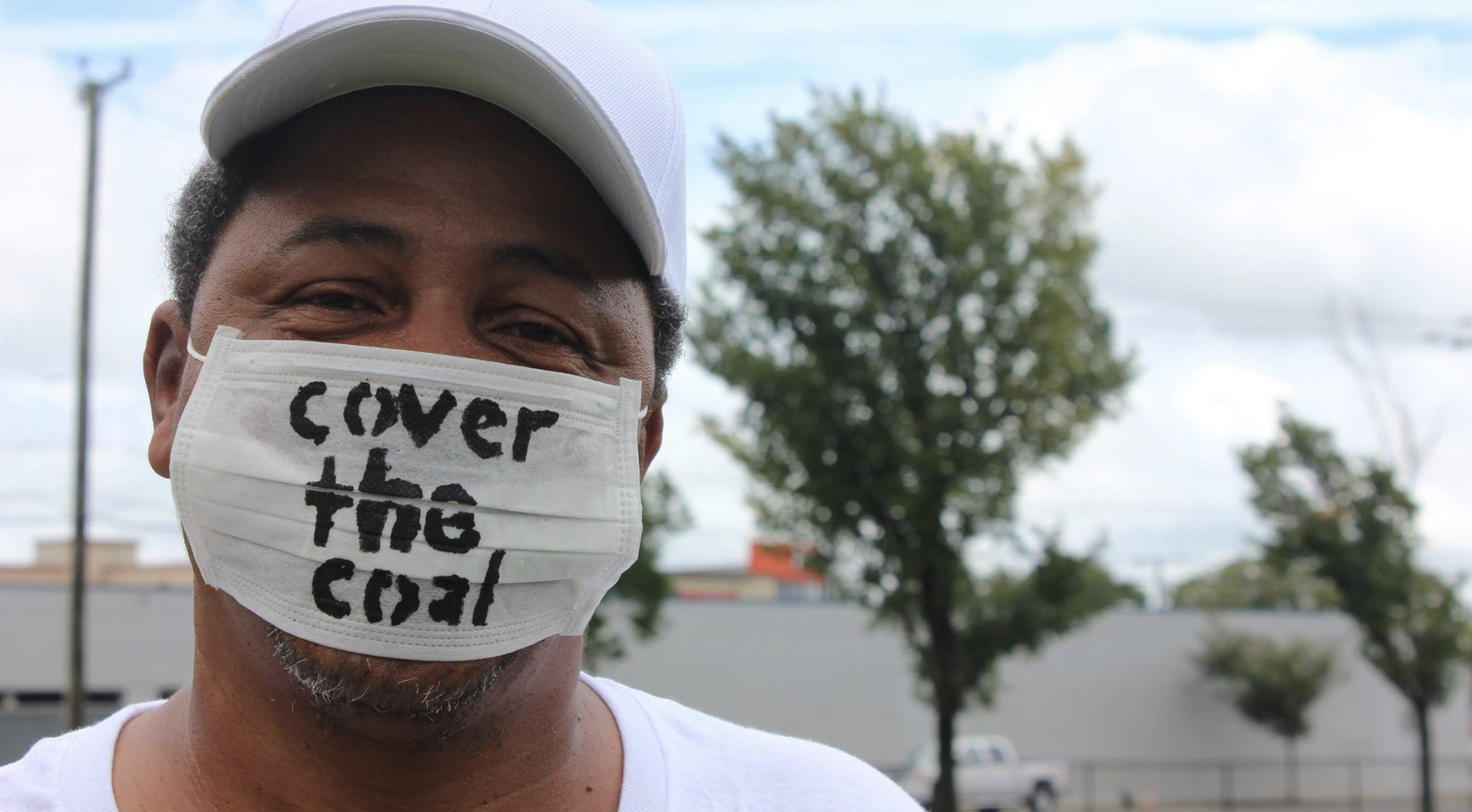 There’s soot on porches, doors and rooftops. Kids can easily finger-paint on cars using the film. When Williams allows her son to play outside, she does so sparingly. “Even then,” she says, “he comes inside with a layer of dust around his mouth and nose. Like a 5 o’clock shadow.” Her son is seven.

We are more disposable because we're a predominantly black neighborhood and we're working class.

Families continue to plead with Norfolk Southern to cover the cars. Citing prohibitive costs, the company implemented dust suppression efforts instead. They installed a sprinkler system, and funded their own public health study which reported levels of coal dust in the community to be acceptable – findings agreed to by the Virginia Department of Environmental Equality. Because the company began operations almost a century before the creation of the federal Clean Air Act, regulations apply only to new construction – not the rails spewing over 90,000 pounds of coal dust into the air annually.

New Virginia Majority, a grassroots organization dedicated to democracy and progress throughout the state, is fighting back. They recently formed Addressing Coal Ash, an initiative demanding that the company cover the coal. They’ve mobilized residents, gone door-to-door, held community events and demonstrated at Norfolk Southern’s annual shareholder’s meeting. When their request to meet with CEO, James Squires was denied, they launched #whereissquires, piquing the interest of residents – and the press.

Journalists visiting Lambert’s Cove are seeing the dust for themselves and reporting on a community that is getting sicker. The Virginia Department of Health reports lower life expectancy rates and higher asthma rates in the southeast part of the state where Norfolk Southern operates. Coal dust contains mercury, lead, and arsenic which can cause lung disease and cancer. Clean coal is a myth, and there really is no safe level which to breathe it in.

Narratives in press releases circulated by New Virginia Majority sound eerily similar: “’When I moved to Lambert’s Point in 1990, I had severe asthma attacks and had to be hospitalized.’ … “Since moving less than three blocks away from [the] facility two months ago, my six-year-old son who suffers from asthma has gone to the emergency room four times. His medications have increased from five a day to now 12 a day.”

Giving residents a platform to publicly share their stories has been key to New Virginia Majority’s strategy of shining a shameful spotlight on Norfolk Southern. Returning to Tracy Williams: “We’re not asking them to move,” she says. “Just cover the coal. That’s all we’re asking.”

The New Virginia Majority is a former grantee of Solidago. They work for fairness for immigrants, a clean environment, high quality jobs, and a bright future for all Virginians. To learn more, visit: newvirginiamajority.org