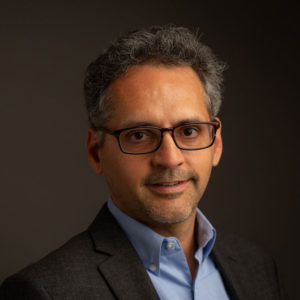 Guillermo is Program Director of the Solidago Foundation and its affiliated foundations. His work has focused on helping build the electoral and political infrastructure of the social justice sector to contest for governance power.  Currently, he serves on the boards of the Workers Lab and Greenpeace USA. Previously, Guillermo served on the boards of the Proteus Fund and the Proteus Action League; and he was the co-chair of the Funders Committee in Civic Participation and Social Justice Infrastructure Funders.

Guillermo is a member of Neighborhood Funders Group on Labor and Community, and of regional funder networks in New York, Massachusetts, and the Bay Area. Before going to the philanthropic side, Guillermo led community-based and statewide organizations that were working on education and democracy reform issues, leaders and candidate development, and elections. He served as Executive Director for the Commonwealth Education Project in Boston, MA and the Commission on Hispanic Affairs in Chelsea, MA.

Guillermo holds a master’s degree in city planning from MIT, and received his B.A. in economics from the University of Puerto Rico at Rio Piedras. When he is not cooking or cheering for his favorite soccer team, he is trying to mix the perfect drink.