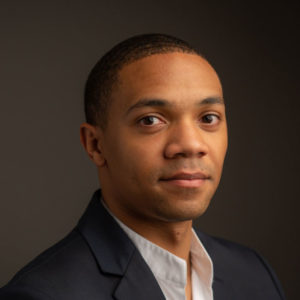 At the Solidago Foundation, Pierre works on the Climate and Inclusive Economies portfolios. He is interested in how emerging financing strategies, blended funding streams and democratized access to capital, can build wealth, expand opportunity, and increase economic mobility in underserved communities throughout the United States.

Prior to joining the Solidago, Pierre worked as a policy analyst at the U.S. Department of Health and Human Services in the Federal Office of Rural Health Policy. At HHS, Pierre staffed the National Advisory Committee on Rural Health and Human Services where he worked on many issues ranging from two generation approaches to child poverty, family implications of substance use disorder, and linking health systems transformation to the social determinants of health.

Pierre earned his B.A. in political science from Amherst College, with a concentration in urban politics and policy. As an undergraduate, he worked as a community engagement advisor and public service internship coordinator at the Amherst College Center for Community Engagement. He also served as a teaching assistant for the Regulating Citizenship “inside-out” class, a blended community-based learning class taught at a local jail. In 2014, Pierre was named a Harry S. Truman Scholar. When he’s not working, he enjoys reading, catching up on Netflix, and spending time with his family.