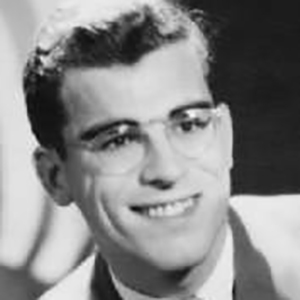 Joseph Rosenmiller, businessman turned philanthropist, founded the Solidago Foundation in 1996 with his son David Rosenmiller. While originally established as a spend-down foundation, Solidago continues to adhere to its ideals of directing as many charitable dollars as possible toward filling the gap in traditional philanthropy.

After serving as a reconnaissance officer behind enemy lines in France and Austria during World War II, he earned a B.A. from Yale University and a graduate degree from Columbia University. Joseph built a chain of successful national radio stations, and co-founded the Greater Media Company – an early and profitable investor in cable television. In 1967, after his wife of just 11 years died, he sold his businesses and immersed himself in an array of social justice endeavors. A social worker by trade, he worked nights at the New York City mayor’s office of volunteers under John V. Lindsay. Joseph went on to start his own non-profit, Volunteer Opportunities, which matched volunteers with needy organizations.

Throughout his life, Joseph donated millions to causes he felt were largely ignored by traditional philanthropies, including voter rights and the empowerment of domestic workers. He took pride in Solidago grantees who were instrumental in improving worker conditions across the country: from enacting a domestic workers’ bill of rights in New York; to preventing Chevron from expanding an oil processing plant in Northern California; to establishing ranked-choice voting in the Bay Area.

Joseph ran the Solidago Foundation for several years, before turning operations over to his son David, who currently sits on Solidago’s board of Advisors.